The Garage At Helium: Greg Coleman 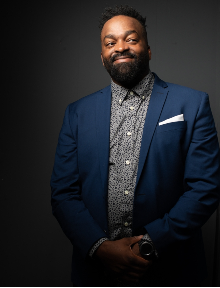 The Garage At Helium: Greg Coleman

Greg Coleman has been selected as an artist in the Best of The Midwest at the Gilda’s Laugh Fest, Bridgetown Comedy Festival, OddBlock Comedy Festival, South By SouthWest Comedy Festival. He made his National Television debut on Comedy Central's "Hart of The City," followed by an appearance on "Unprotected Sets" on Epix, and most recently was a writer on a Wanda Sykes-produced TV set to air on BET in 2022. In September of 2021, Coleman released his debut album “Dad’s Garage,” which debuted at #2 on the iTunes and Spotify comedy charts. Coleman wasted no time in releasing his second album of 2021, titled “Sex Receipts“, in November, released on Helium Comedy Records. Greg Coleman has gained a reputation as a strong performer, a dynamic storyteller with a refreshingly twisted point of view on life. Performing alongside some of the biggest names in comedy such as Hannibal Buress, Tom Segura, Ali Wong, Andrew Shultz, Chad Daniels, SNL’s Michael Che, Colin Jost, and Marc Maron to name a few. On stage, Coleman comes across as cool, confident, and comfortable.

In addition to the two-item minimum, there will be an 18% administrative fee in the showroom.

Customers are expected to take necessary precautions to protect themselves and others. Per the recent St. Louis County Face Covering Order, we require all customers to enter the facility wearing a face covering or mask. When customers are seated, they are permitted to remove such covering while eating or drinking.

Greg Coleman has been active in the Minnesota comedy scene since 2012. Coleman was voted Best New Comic of 2012 at the MN Comedy Awards. In 2014, Greg was a finalist in the American Black Film Festival Comedy Wings Competition. Coleman was named one of the top 5 comics to watch in 2016 by The Growler. City Pages Magazine named Greg Best Standup Comedian of 2017. That year he was also selected to perform at the Bridgetown Comedy Festival in Portland, Oregon, along with the Odd Block Comedy Festival in Canada, and the 10,000 Laughs Comedy Festival in Minneapolis, MN. Greg made his national TV debut on Comedy Central's Hart of the City (Season 2). Coleman has gained a reputation as a strong performer, with a twisted point of view and fun stories from his many years working in education. On stage, Coleman comes across as cool, confident, and comfortable.